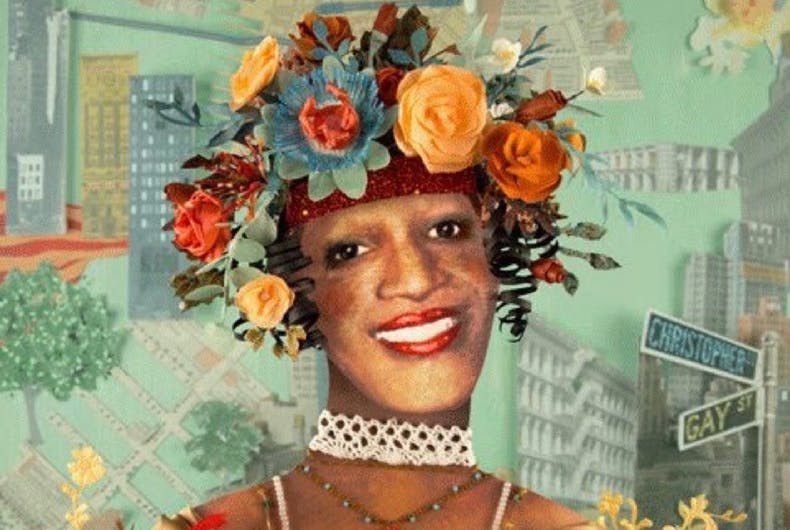 This week’s HYP NYC Leadership Shout Out is in honor and celebration of pioneering activist, Marsha P. Johnson. Born in 1942, just across the river in Elizabeth, New Jersey, Marsha P. Johnson left behind a legacy bigger than life itself. With each passing year, the LGBTQIA+ community tells her story to remind today’s youth that Black trans women charged the way for the rights we enjoy today.

Each Pride Month, Habitat NYC closely examines how access to housing uniquely impacts the LGBTQIA+ community; and how we can utilize our platform to spotlight the housing injustices the community continues to experience.

At HYP NYC we are proud to stand with the LGBTQIA+ community, not just during Pride Month, but every day of every year. We stand with every community that believes everyone should have equitable access to safe, decent, and affordable housing. Home is at the center of our existence; access to housing impacts all communities and all aspects of life.

LGBTQIA+ people are still at increased risk of homelessness, in part because of families who may reject them after coming out. In 2020, New York City has an estimated 2,200 homeless youth, 1,600 of whom identify as LGBTQIA+. During the early years of the LGBTQIA+ rights movement, those numbers were even higher, and the stakes more dire.

Marsha P. Johnson’s story remains a powerful reminder of how much the LGBTQIA+ community has gained in the past 50 years, but also what more must be done. Like many New Yorkers, Johnson moved to the city in pursuit of freedom. Born in 1942, just across the river in Elizabeth, New Jersey, Johnson came from a very humble and deeply religious background. In a 1992 interview, Johnson reflected on being five years old and starting to explore her gender identity by wearing women’s clothing, though she quickly stopped because of increased bullying and risks to her safety. Johnson maintained her spirituality throughout her life, often calling on it to unify the LGBTQIA+ community. Through her own faith and perseverance, Johnson left home after she graduate from high school. She moved to NYC with just $15 in her pocket.

It’s well known within the LGBTQIA+ community that trans women, specifically Black trans women, are viewed as unemployable. Finding and keeping a job is nearly impossible because of continued discrimination against the trans community. While Johnson faced these obstacles, she found and began growing her community in Greenwich Village. Johnson became known as a drag performer, often infusing political commentary and satire into her acts. She used this platform to begin building what is now considered the greatest revolution in LGBTQIA+ history.

Then and today, Black and trans people experience rates of homelessness far higher than non-Black and cisgender people, which is part of what makes Marsha’s story so powerful. As a Black trans woman, Marsha frequently experienced homelessness, but that never stopped her from stepping up for the community. In her own words, “You never completely have your rights, one person, until you all have your rights.”

Marsha is believed to have been a key figure in the June 1969 Stonewall Uprising on Christopher Street. This infamous riot was in response to police brutality against the LGBTQIA+ people and the beginning of the equal rights movement for the community. After Stonewall, Marsha co-founded the group Street Transvestite Action Revolutionaries (STAR), which offered housing to homeless and trans youth.

STAR was the first organization of its kind and served as an intersectional political force representing community members forced to live on the streets. STAR launched a 1970 fundraising campaign which resulted in the purchase of STAR House, a run-down four-bedroom apartment in the East Village in New York with no electricity or heat. Collectively, the community began repairs and established STAR as the first LGBTQIA+ organization of its kind. In 2020, we have organizations like the Ali Forney, Princess Janae Place, and Community Kinship who are boots on the ground and serve the community every day.

Black trans women continue to be on the forefront of protecting and housing youth. As allies to the LGBTQIA+ community, we have a responsibility to not just stand with them but to understand the amazing and powerful history of the community. We thank Marsha P. Johnson for her bravery, humanitarianism, and leadership. And we remember her legacy as we continue to celebrate Pride Month.